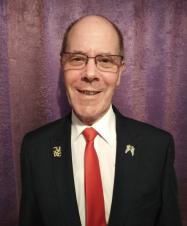 Ray Beeby, who has lived in Corby for the last 48 years, is married with two sons. He started his political career as a union member more than 50 years ago. His union roles include shop steward, factory convenor, Branch President and secretary and conference delegate. He has been a Corby borough councillor for the last 25 year and roles have included Chair of Overview and Scrutiny Panel. He is proud of the borough and and privileged in the role he has been able to play in the decision making to regenerate the town. He has been Mayor twice which has mean he has been able to raise hundreds of pounds for local charities.